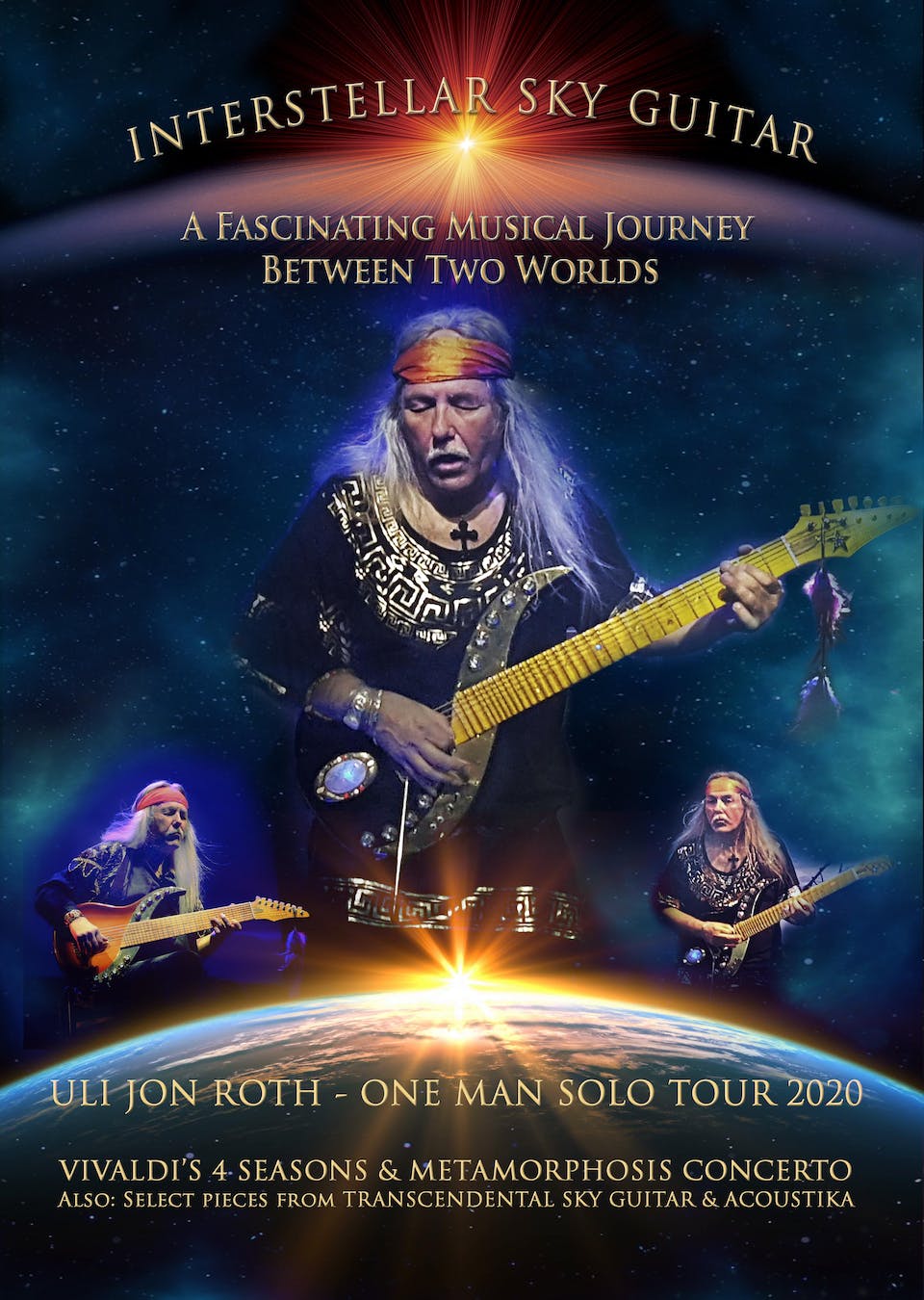 Experience an evening of true musical passion and inspiration! Uli takes us on a 360-degree journey into his world of artistic imagination.

Uli Jon Roth has always been a man with a mission, and in 2020 he is embarking on a truly epic one man solo tour around the world.

This time, the trail blazing German-born guitar genius of Scorpions fame presents us with a very different way of experiencing his music. Supported by an integrated multi-media show - which is combining no less than 3 screens with synchronized images, lasers and holograms with a powerful spectrum of orchestral and ethnic music - Uli is firing on all cylinders simultaneously like a passionate scientist who is totally dedicated to his unrelenting quest for manifesting beautiful music with the power to be uplifting, inspirational and spell-binding.

The choice of music for INTERSTELLAR SKY GUITAR is inspired and guaranteed to create an exciting journey through Uli's intriguing musical world. The journey crosses over from both classical and baroque master pieces- such as Vivaldi's Four Seasons and Mozart, Bach and Beethoven - to new music by Uli written for his 9-string Flamenco Sky Guitar as well as excerpts from a new Sky Guitar Concerto. The seated concert finishes with several pieces from Uli's Scorpions and Electric Sun days, complete with exciting new orchestrations and different arrangements.

Uli's signature tool of expression is the legendary Sky Guitar which he invented and on which he will perform.These stunningly designed six-octave instruments have a far greater tonal range than traditional guitars, allowing Uli to equal the range of the violin and the cello. The main star of the collection is the stunning state-of-the art Excalibur 7-string Sky Guitar and the new 9-String Flamenco Sky Guitar, for which Uli has recently written a whole series of beautiful new pieces and which he showcases for the first time on this tour. Due to popular request and as a special treat - Uli will also improvise on the piano - something which he has never done before in live concerts.

This epic musical journey is bridging the creative worlds of classical, ethnic and rock music in an unprecedented way. Experience the pinnacle of great guitar playing of the first order and allow yourself to be transported into other dimensions of music on Starship Uli.